29th APRIL - The school's Chess Club organized another Ranking Match  tournament for its members. Although it was done a Sunday, from morning until evening, the response was good. There were 64 students taking part.

We are going to start our formal Chess Clinic soon so we hope that there will be people who will be interested to learn from a qualified and experienced trainer.
Posted by cikgu zainal at 10:12 PM No comments:

I WAS IN THE NEWSPAPER FOR THE SECOND TIME

I appeared in the newspaper for the second time, after almost three years.If you were all wondering why suddenly I was there, the answer is: I have friends working in the press. I was just airing my hope, no - not about Bersih 3.0 Rally, but rather for the country's education system. My colleague, Puan Shirley, wrote on my FB wall, what I had said was "the voice of teachers in Malaysia" and suddenly I felt very important

Thanks to Puan Hazlina Aziz for recommending me to the person writing the column even though the photo was a bit too small if compared to the first one I was in. :)
Posted by cikgu zainal at 9:21 PM 4 comments:

Email ThisBlogThis!Share to TwitterShare to FacebookShare to Pinterest
Labels: NST

[NOTE: the photos on the page appear not according to the sequence of event. I just do not know what has happened to the editing format]

Another non-academic staff was leaving for a new school, Sekolah Menengah Sains Batu Pahat. A farewell gathering was held to bid farewell to Puan Jaronah Atan. 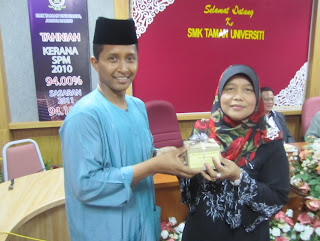 Wishing Puan Jaronah all the best in her new school and may we meet again some other time.
Posted by cikgu zainal at 3:20 PM No comments:

On the last day of the competition, there were two more rounds of matches they had to go through. Winning would be very important to contribute the points not only to individuals' ranking, but for the team's position as well.


We were all extremely happy when the Johor Bahru team was announced as the overall winner of the MSSJ competition. Congratulations to all the team members who had tried hard their very best in all the eight rounds. Hope to see you again next year.

*NOTE:
I cannot update the blog regularly now as I am having problem with my streamyx connection and my CELCOM broadband is working at a very slow speed. To make thing worse, I have to familiarize myself with the new BLOGGER editing layout, everything was uploading at a very low rate. *sigh*
Posted by cikgu zainal at 10:43 AM No comments:

The chess competitions continued on the second day. It was a very long day indeed with the first game started at 8:30 a.m. and the last round of the day finished at 6:30 p.m. 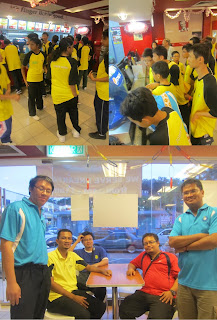 the team tradition - having dinner at KFC on the second day
Posted by cikgu zainal at 12:08 AM No comments:

This year's MSSJ or State level competition is held in Mersing this year. Johor Bahru district is sending a full team of 36 players and 9 teachers. Only two rounds were played on the first day and the games ended as late as 7:30 p.m. 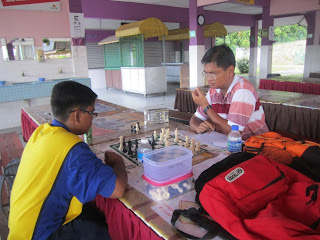 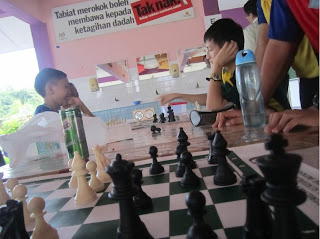 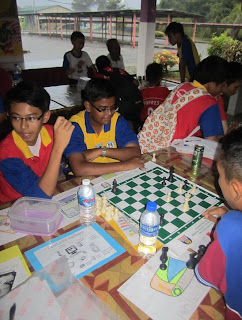 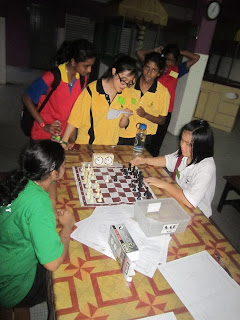 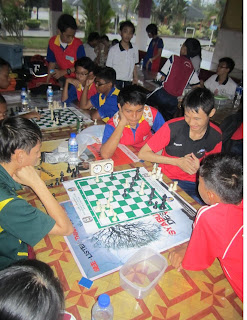 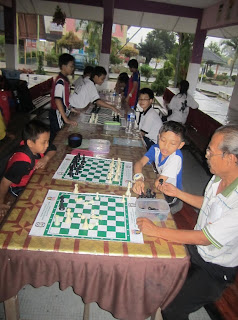 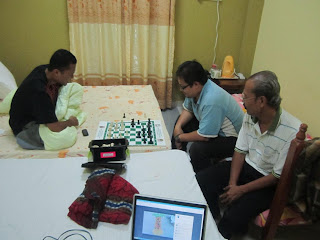 There are six more games to go in two days and tomorrow will be a very long day for everybody.

Posted by cikgu zainal at 11:49 PM No comments: 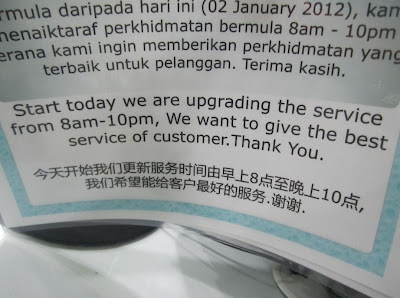 I could not remember where this was taken from.
Posted by cikgu zainal at 11:15 PM No comments:

Email ThisBlogThis!Share to TwitterShare to FacebookShare to Pinterest
Labels: spot the error

Believe it or not, I have quite a number of collectibles safely tucked away somewhere or everywhere. For today's edition, here are the miniature bottled shampoos taken from a few hotels I had been to. They are just so... cute that I cannot resist the temptation to take them home (as souvenirs). As you can see, this is only part one of the hotel shampoo episode because I think I still have some more of these little bottles. 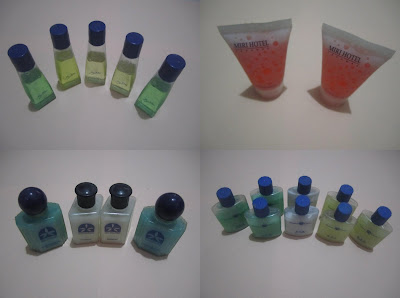 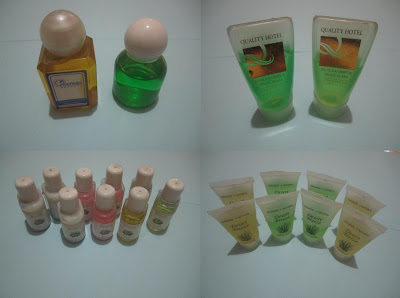 You do NOT have to give me any of these things if you happen to find them in any hotel you will visit in the future because I am running out of storing space. Or perhaps if there are any avid collectors, I am willing to give you some, or perhaps we can start exchanging. That could be fun! :)
Posted by cikgu zainal at 11:15 PM No comments:

I couldn't remember when was the last time I went to watch a movie and the hall was fully seated. However, for this film, we were located at row R, which was quite near to the big screen. That was an indicator this was a box office show.

First, there was some sort of naval exercise for some countries on the waters of Hawaii. Believe it or not, Malaysia was one of the participants for the programme. Suddenly, there was this alien invasion and they seemed to have better weapons and other sophisticated war equipment. The shooting started and went on until one stage when the humans were at the losing end. Thank god for the planned happy ending, we still managed to overpower the aliens and the world was saved. THE END.

Go and watch this movie. Superb CGI effects similar to Transformer series, you would go out of the hall feeling happy because almost all the ships were destroyed and all the aliens killed.
Posted by cikgu zainal at 2:47 AM 2 comments: