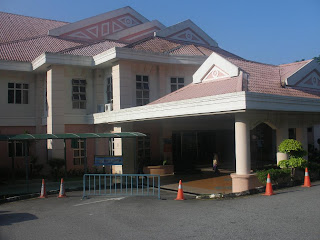 I was not that sick, I still could take photographs at the hospital


I went to Sultanah Aminah Hospital (HSA) for further medical check-up. I came last week due a certain health problem and samples of urine and blood were already taken. I had to come again for another appointment. I had to be on soft food diet where I ate only porridge for two consecutive days (two days of McD chicken porridge for lunch and strawberry milkshake) and then only I could come for the x-ray session. 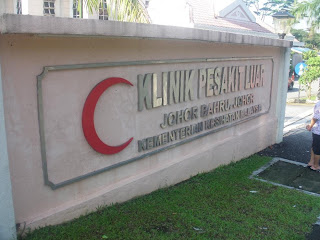 To my relief, there were not many people around and the queue at the registration counter was quite short. I even met two people whom I know there - what a small world. The x-ray process was very brief in ended in just like two minutes and I was off to see the doctor in Room 14 of the Outpatient Clinic. 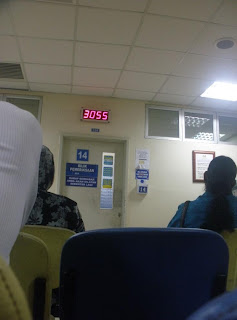 waiting for my turn, and my number was 3056
(the last time, you were not allowed to take photograph in a hospital premise but this one was done secretly of course)

And based on the x-ray image, I was alright so that was another big relief for the time being, at least. Nothing to complain, the service was quick and the lady doctor that I met was really young and beautiful. I should count myself lucky to have met such a doctor, she was the sweetest one I had ever met so far. The only trouble was to find a parking space but the problem was solved by parking by the roadside of Jalan Mahmoodiah. However, I am yet to attend another appointment next week. Just pray for the best - and wonder which doctor I will see next time.
Posted by cikgu zainal at 9:17 PM