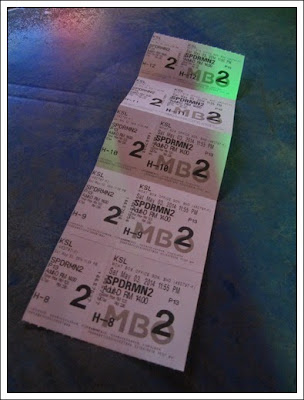 Spidey is back. I went to watch the sequel to the first movie because of peer pressure :) The fighting scenes were enjoyable but there were too much of talking parts and I dozed off a few times, and the plot development was quite slow, I think.

So this time Spidey had to put up a fight against the villains: Electro,Harry Osborn and the Rhino. Even though Spidey won all the battles, his girlfriend, Gwen, died in the end of the story so it was tragic in a way.

There seems to be quite a number of interesting movies coming your way this summer (we have summer all year round, remember?) but most of them would be superhero movies, except "Godzilla". 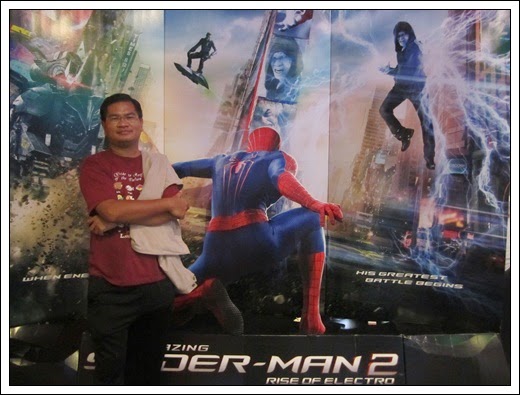 While waiting for the release of new movies in cinema near you, let's all sing the old Spiderman theme song which was more catchy. How I miss the sweeter version of the superhero and whose life was less complicated.


Spiderman, Spiderman,
Does whatever a spider can
Spins a web, any size,
Catches thieves just like flies
Look Out!
Here comes the Spiderman.

Is he strong?
Listen bud,
He's got radioactive blood.
Can he swing from a thread
Take a look overhead
Hey, there
There goes the Spiderman.

In the chill of night
At the scene of a crime
Like a streak of light
He arrives just in time.

To him, life is a great big bang up
Whenever there's a hang up
You'll find the Spider man.

And this youtube video has been viewed 17,317,636 times at this time of posting.