THE SECOND OPEN DAY OF THE YEAR

The second Open Day was held today. Parents and students started to arrive at 7:30 a.m. to see the form teachers or teachers in-charge. However, the weather was not that pleasant. We were still affected with the thick haze that filled the atmosphere and many were wearing  masks to school. 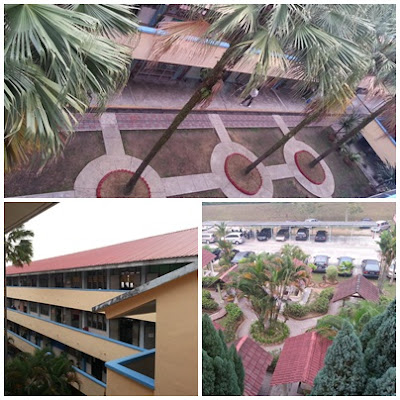 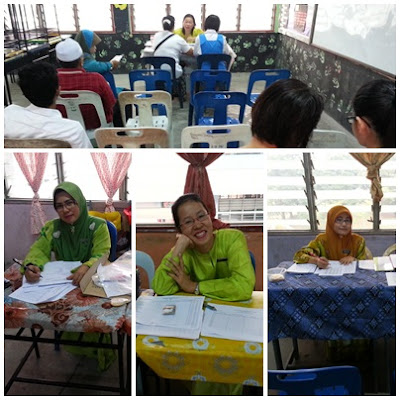 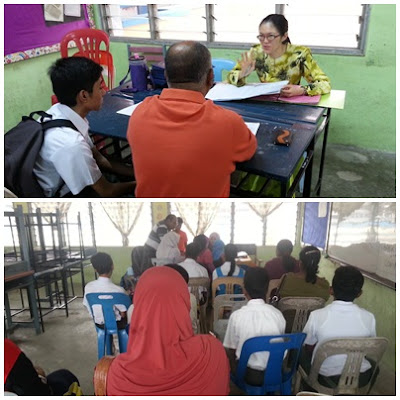 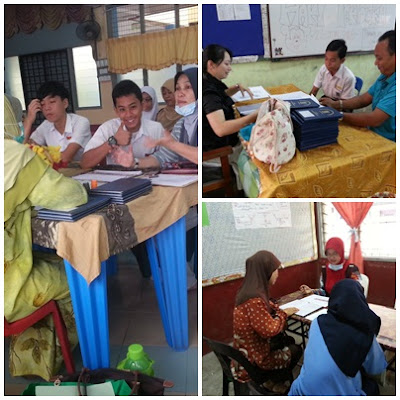 I don't have the statistics but from my observation, the number of parents who came to school was not that encouraging if compared to the time when they were asked to collect the RM100 students fund early this year. Would the situation be the same IF the money would only be given today, and not earlier? Would still parents turn up despite the haze?

CONGRATULATIONS to all the parents who had made the effort to come and one reason for doing that was because we care for our children's education and development in school.

I could not stay in school until the end as I had to leave earlier to attend another event in the afternoon. Everything should have gone well as the way it was planned, so no worries.

NOTE: all pictures were taken from Puan Yusidah's Facebook album.
Posted by cikgu zainal at 6:49 PM