AN EVENING IN TORONTO 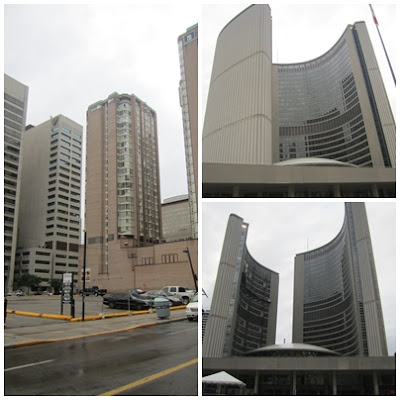 4th June [3rd day in Toronto] -  The story of my trip to Canada continues. We are still on the third day stay there and a few more postings remaining. Hopefully, I am not boring you already. 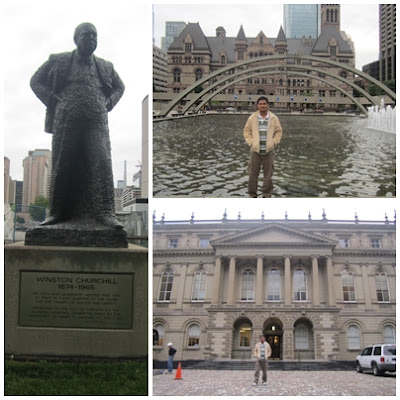 One good thing about travelling in summer is that you have longer daytime. When I was there, Maghrib time (dusk) started at 9:30 p.m. After the trip to the Zoo, [read about it HERE and HERE], Mr. Solleh decided to take me on a walking trip around Toronto city which was actually just around his apartment. 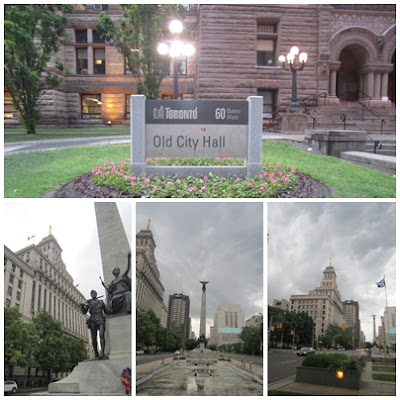 And I must say that Toronto was one of the most relaxed cities that I have ever been to, or at least at that particular place and time of the day. The roads were not congested and not many people could be seen around. For one thing, people here used the public transportation such as the trains, buses and trams (called streetcars) to commute. 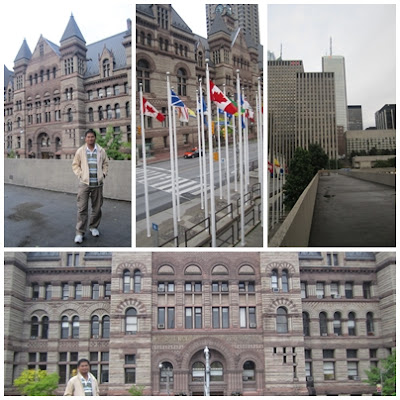 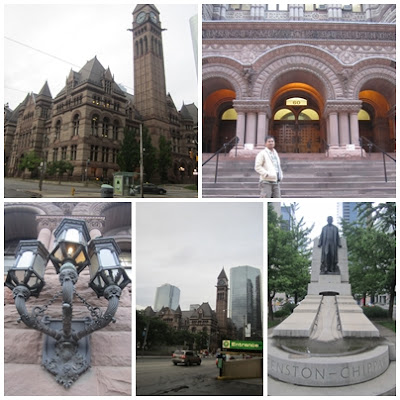 There were a lot of sculptures around, especially of prominent historical figures of the nation and the war heroes. At the same time, I spent time admiring the fusion of the classical and modern buildings and each one had its own distinguished architectural design. 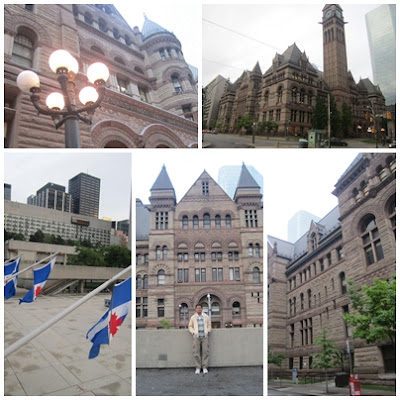 Two things learned from my trip abroad are (1) People try to preserve old buildings for their historical values and not to demolish them to give way for development. Have they torn down the Pudu Jail in Kuala Lumpur already? (2) The buildings are massive structures. Great buildings equal great civilization and give a long-lasting positive impression to the visitors and tourists of what a country has achieved and is capable of doing. Aren't we glad that we have Putrajaya and Petronas Twin Towers? 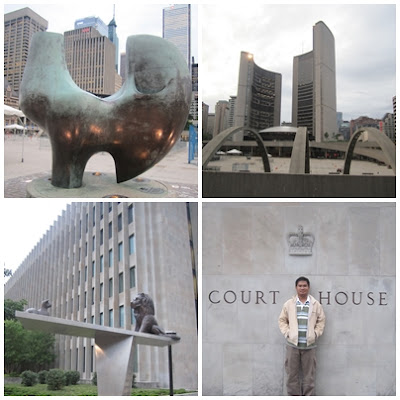 More entries of the trip coming up. Hopefully I can finish writing by these few days.
Posted by cikgu zainal at 7:12 AM