THE MAGNIFICENT NIAGARA FALLS - PART ONE

5th June [4th day] ~ If you are visiting Toronto, or the north-east of the USA, your visit will not be complete without seeing the Niagara Falls, up close and personal. At the end of my stay there, when Mr. Solleh asked me, which place had been the most significant one, without hesitation I responded: the Niagara Falls. You can get museums or zoos, or even China Town in other places, but this is one of the most spectacular views of nature, live. 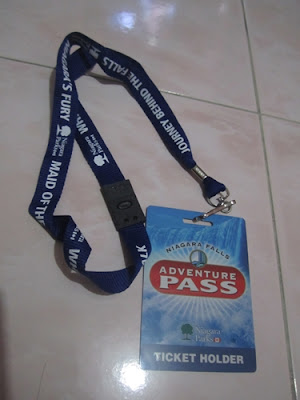 The first thing that we had to do was to get the pass which would allow us to get access to four places/activities (but the tickets had been bought online in advance). The first one was "the Maid of the Mist". People were ushered on a big boat that would set sail to the nearest point of the waterfall possible. Other than watching the streaming waterfalls REALLY up close, we could feel the water splashing on our faces and poncho-covered bodies. At the same time, we had to balance ourselves on the rocking boat and there was nothing to hold on to as we did not stand near the railing by the boat side. For once, I was feeling like Leornado deCaprio on Titanic.
The Niagara Falls actually comprise of three major waterfalls. The ones I saw were the bigger Horseshoe Fall which belongs to Canada while the smaller one, the American Fall, lies in the American territory. The boat trip was a short one, thank God for that, but it was one of the unforgettable moments of my life so far. 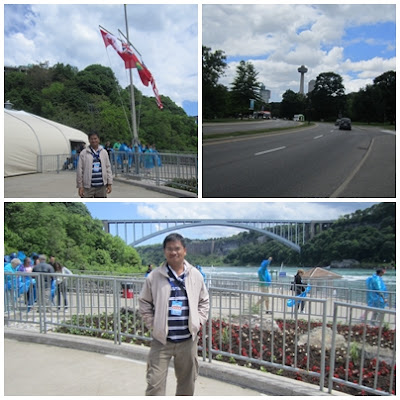 The next activity was the Whitewater Board-walk where people just walked by the fast stream. However, to go downwards to the river bank, we had to be in a long queue. There was only one lift operating and we had to take turns going up and down. 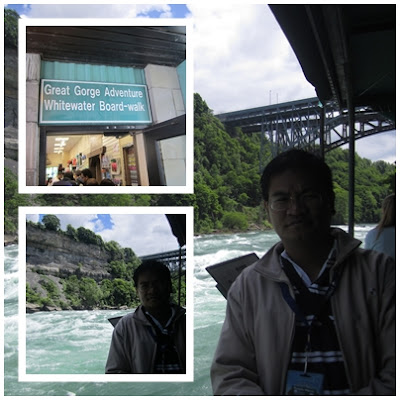 Everybody was there to admire the fast current as well as the thunderous sounds made by the water. If someone falls into the stream, I guess the chance of surviving in almost zero unless he or she is really lucky. Scary thought... 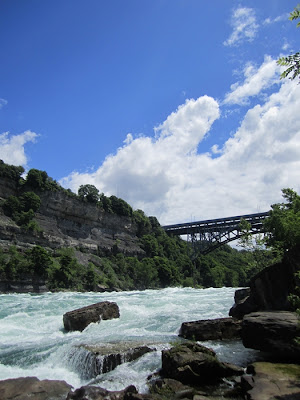 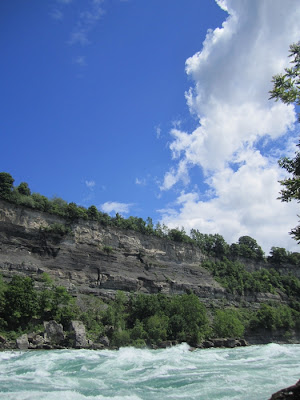 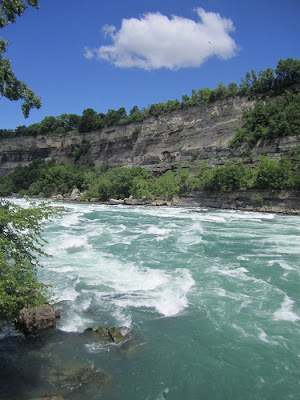 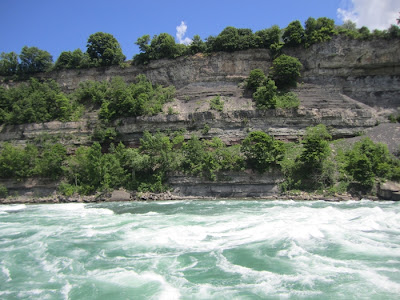 There will be video recordings of the waterfalls posted later. Don't forget to come back for more.