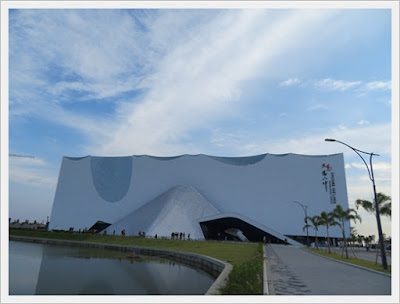 I was here on 8th of September 2018 to watch the theatre "Melaka the Untold Story". We arrived here earlier to get the booked tickets and I was in awe upon seeing the majestic structure for the first time.  noticed the structure was built on a reclaimed land on the Straits of Melaka. 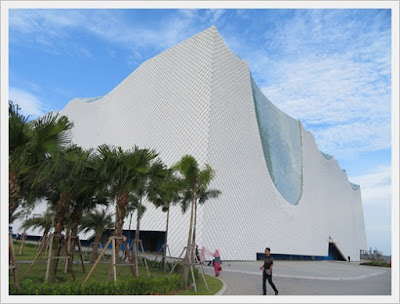 Here are some interesting facts gathered from the brochure I collected from the ticket counter: 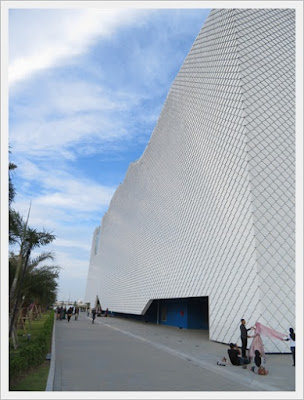 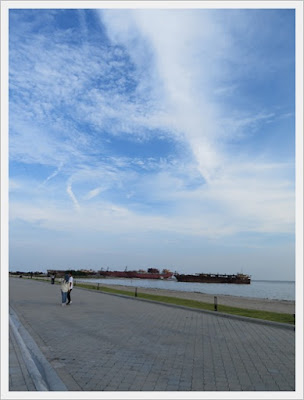 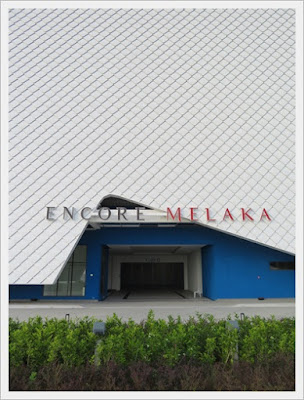 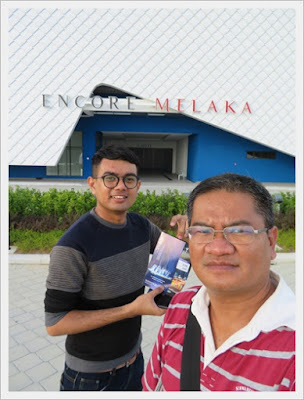 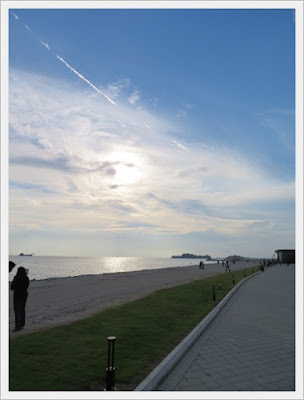 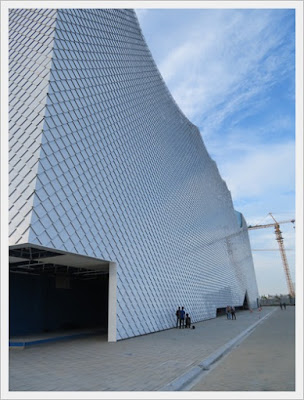 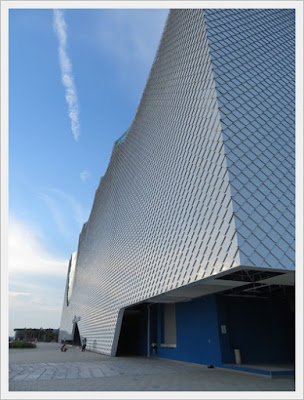 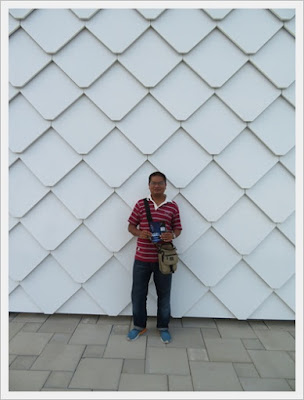 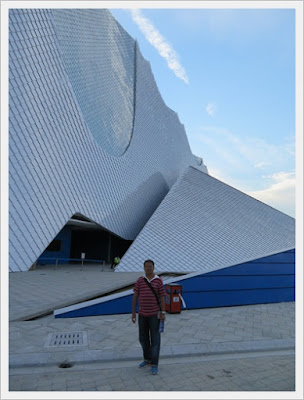 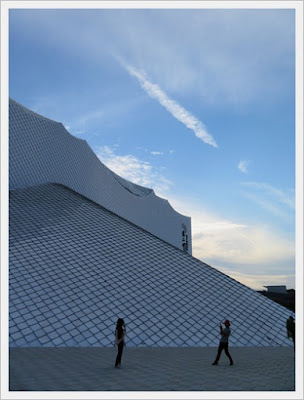 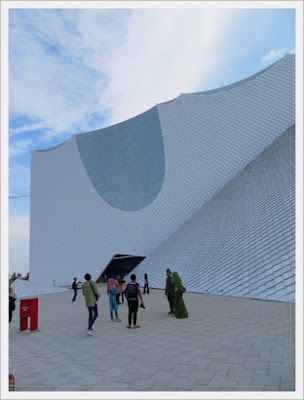 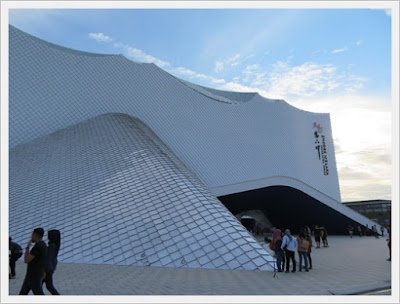 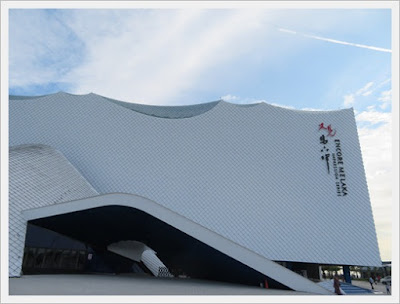 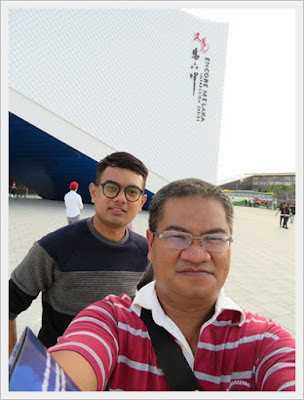 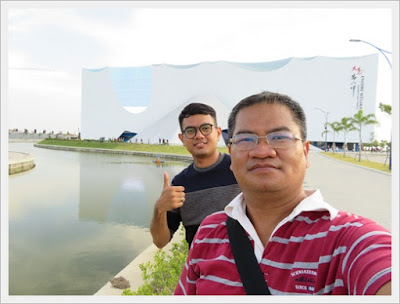 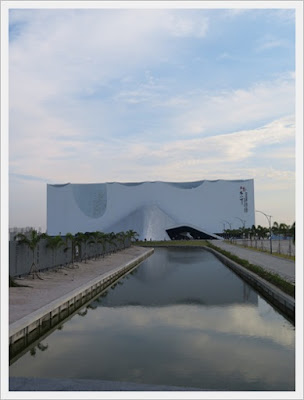 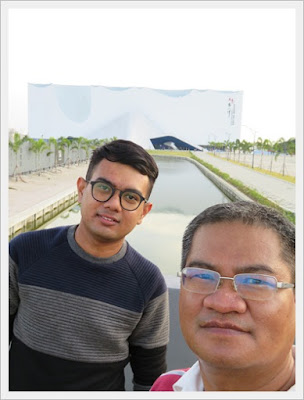 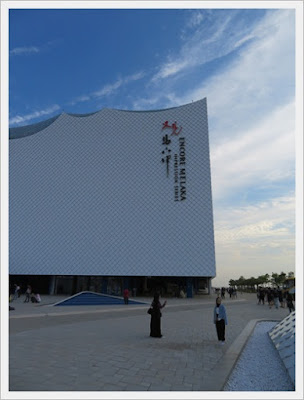 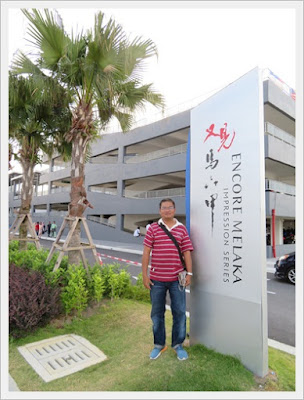 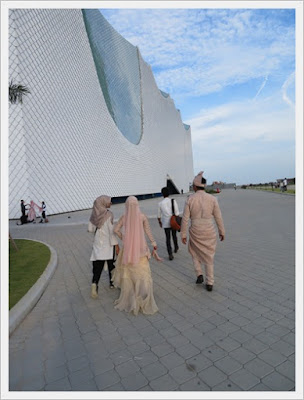 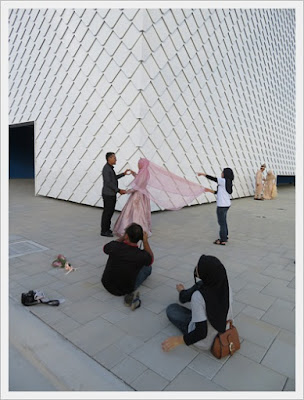 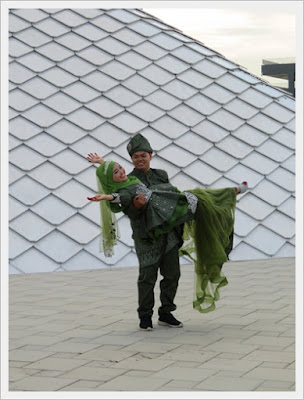 There were many people walking around the building that evening, admiring the unique design. Everyone was busy posing and clicking away their camera phones. The newlywed couples were seen doing their outdoor wedding photo shoots there - and there were many of them. I guess it has become Melaka's prominent spot for this activity now. 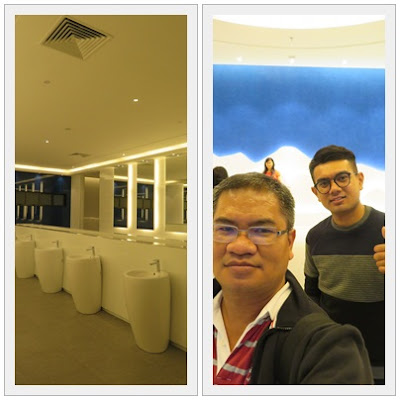 I was so impressed with the toilets - very clean and modern, I was not the only one taking photos of it. There even more people who posed outside the toilet and took photo as it was too beautiful to resist. 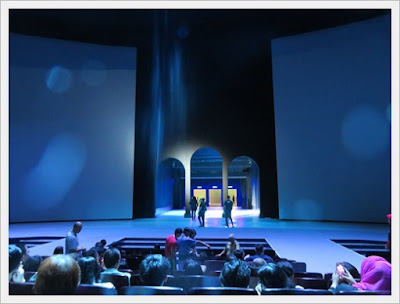 The three doors are the main entrance which will be closed with the moving panels before the theatre starts. If you are late, there is no way for you to get in or else you will find yourself dancing and singing together with the actors. 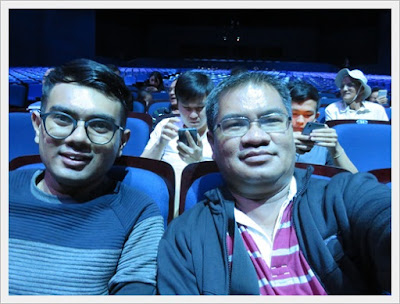 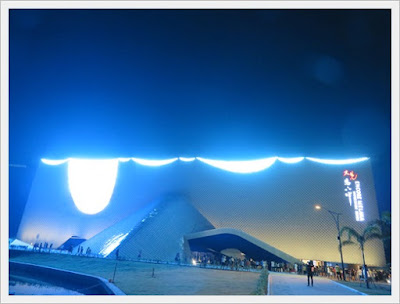 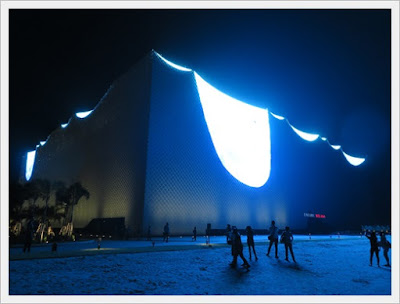 I really hope I could come back here one day to watch other theatre.
Posted by cikgu zainal at 10:56 PM