Too many things, too little time. As a result, we had three events in one go and everything was done in just within five hours time. And I still could not get over the exhaustion from the stadium the night before and yet had to rush to school in the morning. 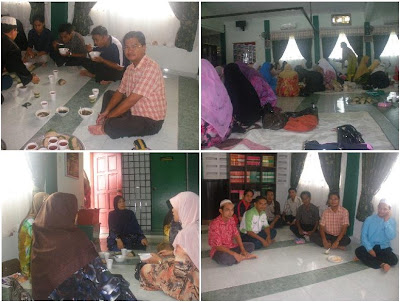 Organized by the Staff Room Club, this session was held with definitely good hope in mind, in conjunction with the Teacher's Day celebration that is on the 16th May. First, there was a short tazkirah (talk) given by Mr. Rifqi which was then followed by the recitation of the Yasin verse and a short prayer.

...actually there was more than this

Eventually, food which was supposed to be breakfast was served, but in abundance. Everybody then moved on to the next activity where students were involved. 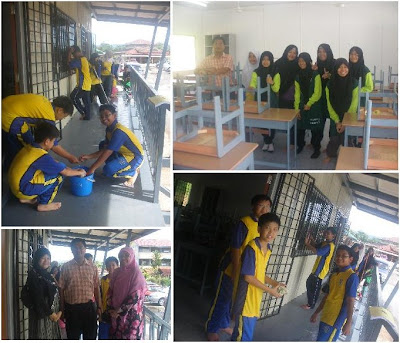 Gotong-royong - an activity in which everybody should lend a helping hand voluntarily. This time it was only done to clean and beautify the classrooms. This was actually done in conjunction (again) with the Teacher's Day and it was actually an instruction given by the Ministry of Education. Well, what a way to celebrate Teacher's Day, of all the things on planet earth. The time allocated was quite short as there was one more session for teachers to attend. 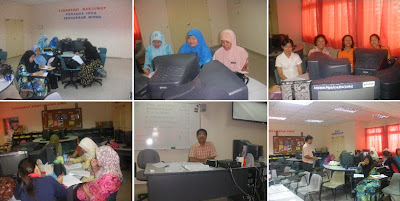 Actually the English Panitia had one in-house training session already and this one was the continuation of the last one as we could not finish one part of the training. It was more of a hands-on session, so everybody was actively involved right until the end.

meals of the day

As usual, we had food awaiting as a reward for our hard work. We had Domino pizzas this time and fried chicken prepared by Puan Umi Kalsom. So as you can see, food plays a dominant role in people's life. Serve delicious food and everybody will be happy. And that was the end of a tiring day in school and I am already looking forward for a break from school, soon. 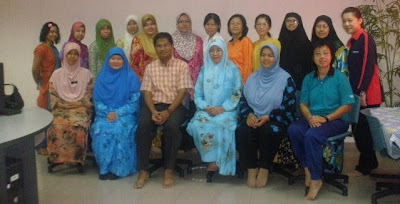